MENU
MENU CALL US FIND US

The History of the Bentley Car Logo 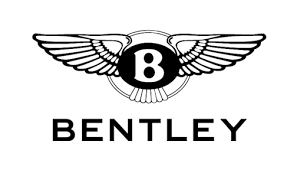 The world-renowned Bentley brand was founded in 1919 by W.O. Bentley. The founder set the tone for this iconic maker when he said, “The policy was simple… We were going to make a fast car, a good car, the best in its class.” With six victories at Le Mans over the years, it is safe to say that the trail-blazing vision of the founder has been more than realized.

While the name was a given, the Bentley car logo required a refined touch. The simple, striking, and memorable Bentley car symbol leaves a lasting impression on every passerby. Learn more about the Bentley car emblem below, and explore our new models available near San Antonio today.

The Bentley car symbol is uncomplicated and elegant, but also full of meaning. The bold ‘B’ pays homage to the founder of this historic auto company, symbolizing his indelible mark on the automotive world. The wings that accompany the W.O.’s namesake offer a meaning that is two-fold.

This first, harkens back to the first World War when W.O. Bentley put his engineering prowess to use for crown and country. During his time as a captain in the Royal Naval Air Service, W.O. Bentley engineered a more powerful and reliable aircraft engine for the use of British forces. This connection with flight is embedded in the wings seen on popular models like the Bentley Continental and Bentayga to this day.

Thanks to his service, W.O. Bentley was named to the MBE (Most Excellent Order of the British Empire) list in 1919 and received £8,000 from the Commission of Awards to Inventors. This sum allowed W.O. Bentley to fulfill his lifelong dream of starting an automotive company. His undying love of motion is captured in the iconic Bentley wings, rounding out the meaning behind the Bentley car emblem that is recognized the world over.

Turn to Bentley Austin for a Premium Ride

Now that you know about the history and meaning of the Bentley car logo, you can take to the Houston streets with an air of confidence knowing your ride stands the test of time. Sport your Bentley car emblem with pride as you take over the Dallas roads in your deluxe automobile. To learn more about the Bentley car symbol or to enquire about our inventory, contact us today and we will be happy to assist you.